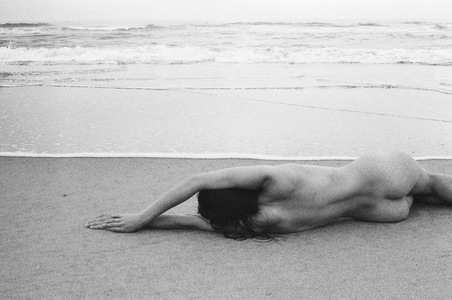 ON THE EDGE,SELF-PORTRAIT by Audrey Kimbra
(click on image for larger view)

Audrey Kimbra: “There is no subject more intimate than yourself.”

Kimbra lives in Brooklyn, but travels as often and spontaneously as she can. She shoots all her portraits on film. 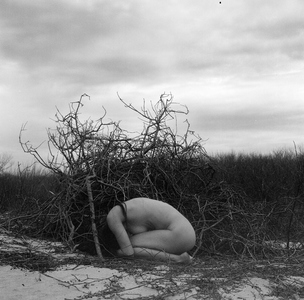 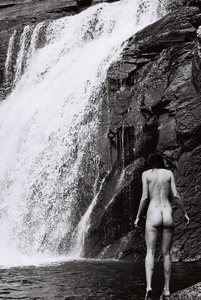 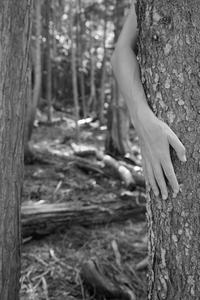 CONNECT by Krysia Lukkason
(click on image for larger view)

Krysia Lukkason: "Living in a dense urban landscape makes me long for a rural one. Open spaces, rolling hills, forests, flowing rivers, any place where human invention is significantly drowned by natural environments. I seek places with less concrete than trees, and places I can breathe in, without the exhaust of cars or factories. My childhood in the Pacific Northwest and my college studies in physical geography taught me the importance of understanding humans as being a part of nature, not apart from it. My work explores this concept. Urban living has its benefits, but I’ve yet to find something that replaces the retreat into more rural areas to help restore the soul and connection to the world." 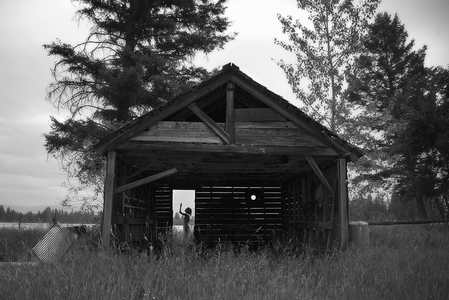 OPENHOUSE by Krysia Lukkason
(click on image for larger view) 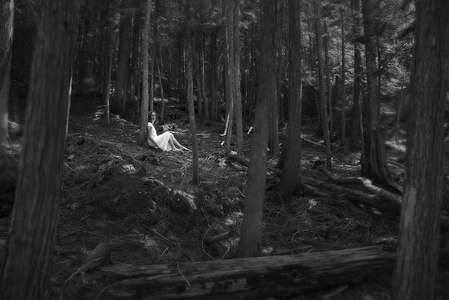 SOLITUDE by Krysia Lukkason
(click on image for larger view) 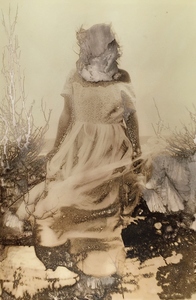 DECONSTRUCT by Lauren Fiebert
(click on image for larger view)

Lauren Fiebert: "My work involves self-portraiture and personal narrative relating to my own relationship within this world. I take it upon myself to perform for the camera as my own habitual and meditative way of coping. It is within this process I’ve found my own refuge." 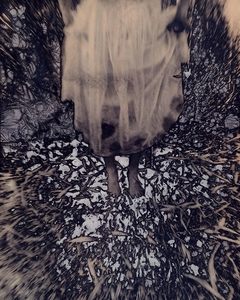 GRAVITY by Lauren Fiebert
(click on image for larger view) 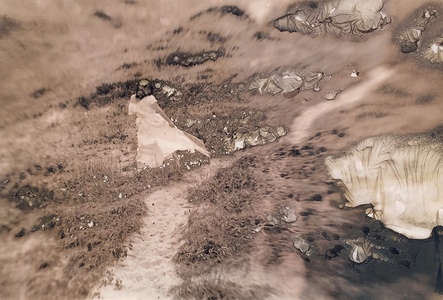 SNAG by Lauren Fiebert
(click on image for larger view) 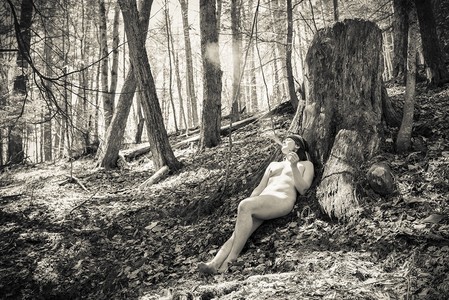 ALEX A1 by Lori Pedrick
(click on image for larger view)

Lori Pedrick:"I am an award-winning art director with nearly 20 years of experience in editorial/publication design. One of my greatest passions lies in photography, which is an asset when conceptualizing and producing photo shoots. I am currently enrolled in a low-residency MFA program focused on Photography."

Pedrick is the Art Director at Yankee Magazine, Dublin, NH. She received a BFA at Moore College of Art & Design. 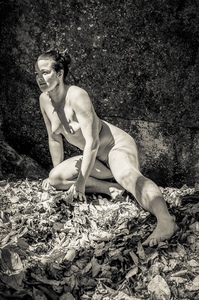 ALEX A2 by Lori Pedrick
(click on image for larger view) 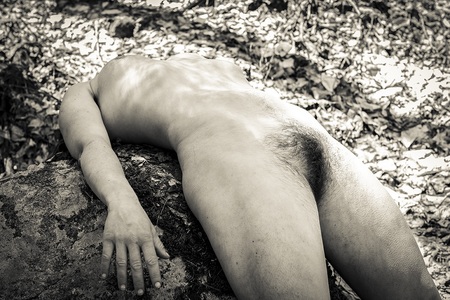 ALEX A3 by Lori Pedrick
(click on image for larger view) 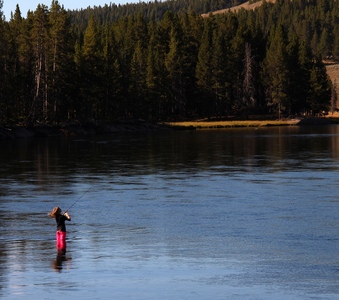 Mara Zaslove: "All three of my images have things in common.  Be it the beauty of the landscape or the uniqueness of the individual, each one is enhanced by the coupling of the two. The simplicity of a ‘Beautiful Catch’ highlights the joyfulness of a young girl, a breeze in her hair, pursuing a honed skill in the silence of her surrounds.  ‘In the Shadows’ captures a ghost-like figure that is frequenting a secluded beach at a somber time of day.  ‘Ebb and Flow’ is a spontaneous photo of a girl at the cusp of adolescence alone with her thoughts, dancing to the tune of her passing youth.  All leave one (the viewer) with a sense of wonderment and curiosity."

Zaslove grew up in a family that embraced the arts.  She found that this early exposure permeates her sense of balance and style.  Her intense involvement with photography has allowed her to express herself in a visual conversation.

Some of Zaslove's achievements:
-Finalist in 8th Julia Margaret Cameron Award that will be held in Berlin in 2016/curator, Laura Noble, director and curator of the LA Noble Gallery of London.

- “Keeper of the Flame” was chosen for the 2016 ‘From Her: An Exhibition in Honor of Women’s History Month’ held at El Tranquilo Gallery on Olvera Street. 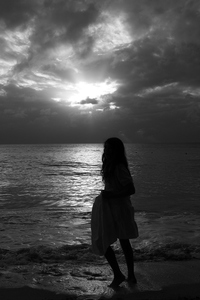 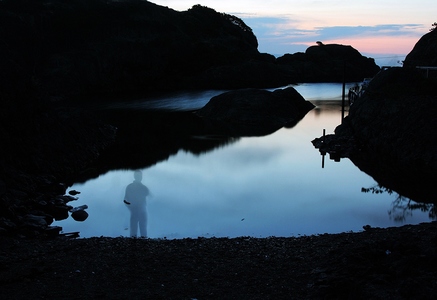 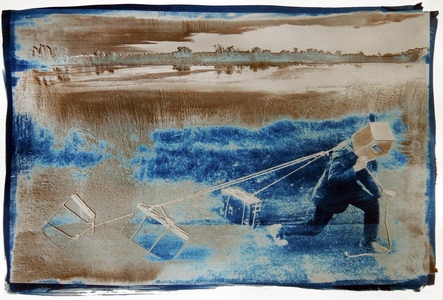 BAGGAGE by Melanie Walker
(click on image for larger view)

Melanie Walker: "Using the image of a house and the conceptual framework of home as metaphor, I create images that explore the notions of memory, family, dreams, loss and fiction. I seek to offer pictorial access to the often-inexplicable longing for connection. Delving into the fantastic and the banal, the work addresses fictional metaphos for experince and emotion. Within this body of work I seekk to create a theater where the ridiculous, the poignant and the unexpected can be acted out through imaginary and whimsical pictorial associations." 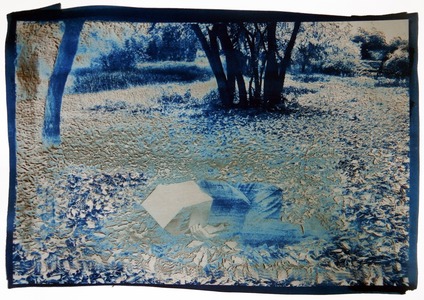 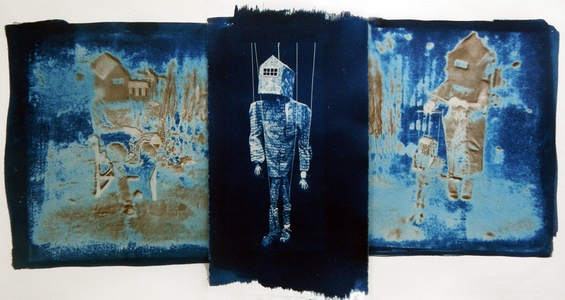 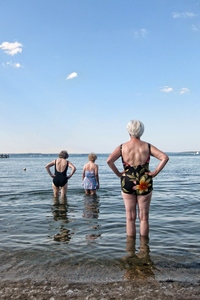 Melissa Preston’s photo and video work details the mirroring of systems on various scales, the macro and the micro of our reality. She frames the often over-looked persistence of change as the inescapable constant. In her recent video work, she utilizes our orientation to the movement of the sun to describe time and the persistence of change. In her videos she places people like sundials in direct sunlight, observing the light in various transitions, as the audience watches the subjects themselves change with the light. 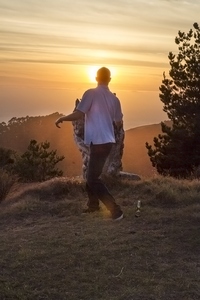 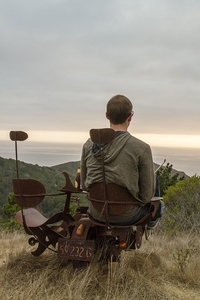 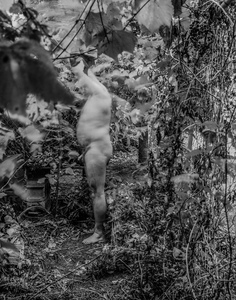 He has exhibited his work nationally and internationally. His work is held in public and private collections the most notable being The Catskill Center For Photography at Woodstock's Permanent Collection held at the Samuel Dorsky Museum in New Paltz, New York, The Munson Williams Proctor Art Institute, Utica, New York, Yale University Sterling Library, New Haven, Connecticut, and Bard College, Annandale-on-Hudson, New York. 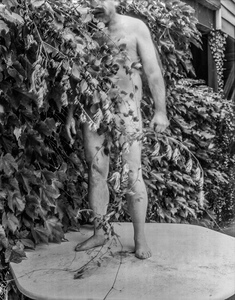 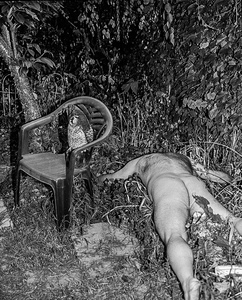 FACE DOWN by Michael Bach
(click on image for larger view) 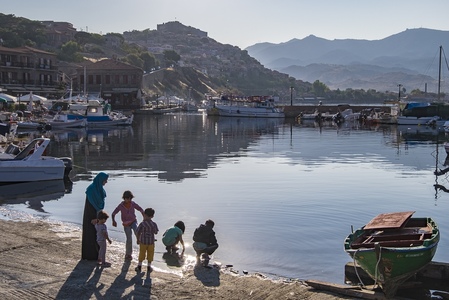 Michael Honegger: "Photography is a first love and second career for me. I spent my first career traveling the globe working on international development projects for the Peace Corps and other international organizations including the World Bank, the Agency for International Development and numerous NGOs. Having worked on long-term assignments abroad, I developed a keen eye for the cultures and peoples where I worked.   My one regret is that I never had the time or proper photographic equipment to record some of those early images and experiences on film.

I exhibit my work wherever I am able including solo exhibitions in two Parisian galleries and group shows at the following galleries:  Joyce Gordon Gallery in Oakland, CA,  PhotoPlace Gallery in Middlebury, VT, ph21 Gallery in Budapest, Hungary, Gallery 136 1/2 in Manchester, CT, Center for Fine Art Photography in Fort Collins, CO, Rockport College in Rockport, ME and the University of Maine at Orono.  Several of my images have won awards in international photo competitions sponsored by the Prix de la Photographie in Paris.  Recent images of the refugee situation in Lesvos, Greece were featured in major European newspapers including NRC Handelsblad (Amsterdam), Sudkurier (Bavaria), and in Amnesty International's first worldwide press release on the crisis. 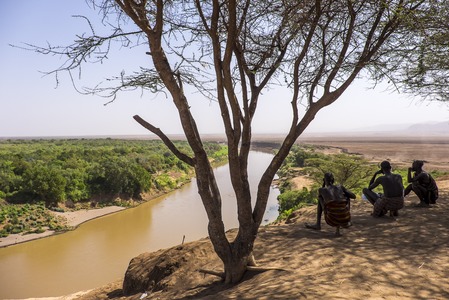 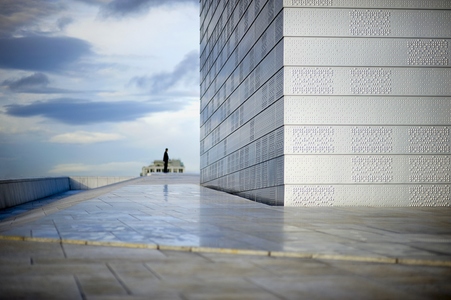 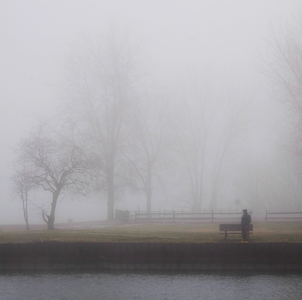 Michael Tkach: "In my photographs, I am more interested in presenting the innuendo, the hidden and implied, and less interested in strict reportage. I enjoy the psychological and emotional interplay between the seen and unseen, the known and unknown that is at the heart of narrative. As both a professor and a student of literature, I found that the creation of and response to photographs and stories often follow parallel processes.

My photographs have appeared in numerous local, regional and national juried exhibits, including the Erie Art Museum Spring Shows, Central PA Festival of the Arts, and the Chautauqua National Exhibition of American Art.

My work has also been in group shows at Gannon University’s Schuster Gallery, Urraro Gallery, and Prince Street Gallery in New York City, and is part of the permanent art collection at Mercyhurst University.

I am on the board of Northwestern Pennsylvania Artists Association and regularly exhibit with them." 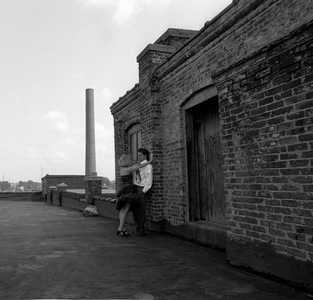 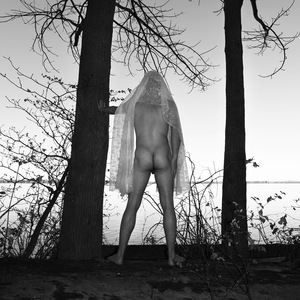