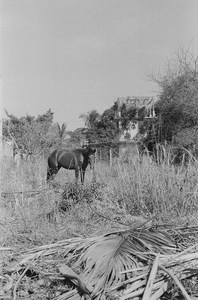 ZIPOLITE by Azul Aizenberg
(click on image for larger view)

Azul Aizenberg: "Some years ago, my family moved away from Argentina to Oaxaca’s coast in México. Since then, I go visit them often. Those travel experiences made that town kind of second home to me and gave me the possibility to travel around on my own. The Oaxaca "sierras" moved me especially. Life in the mountains is much harder than life on the coast. There are fewer jobs, there is less tourism, and it's cold. Those "sierras" formed an impression on me that I couldn't describe in words: my way of being there was only through the photos I tooked and also by my feet, because you have to go walking everywhere there."
---------------------------------------------------------
Azul Aizenberg studied film-making at Universidad del Cine in Buenos Aires.She began practicing with an old camera from her sister and then she completed her studies in places such as Artilaria from 2011 to 201, Experimental Photography at Santa's gallery in 2014 coordinated by Iara Kremer and a workshop coordinated by Guillermo Ueno at Convoi´s gallery during 2015. She took part of several group exhibitions in galleries such as La Oreja Negra and El Emergente by 2013 and 2014. She made her own fanzines called Ordinario (Ordinary) and Ciencia Ficción (Science-Fiction). In 2014 the Tigre´s Ministry of Culture (HDC) gave her the 1st prize at the photography contest about the Delta. Her photos have been recently selected to integrate the 1st Latin American photo-book by GAF, which will be published in May 2016.
www.macpie.com.ar/azulaiz 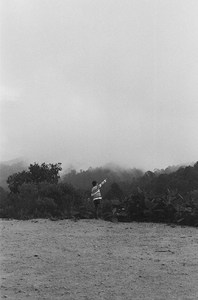 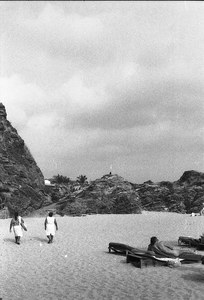 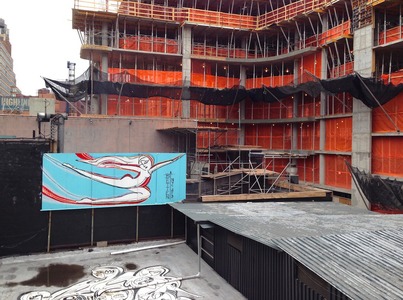 Barbara Kantz: is a college professor who teaches history and human services. She is interested in visual art as an important element in examining the human condition. She developed an aesthetic sense from her father, a commercial artist. She lives on Long Island on a tidal marsh and tends to photograph what is local and regional. She is an award winning photographer and songwriter. She studied photography for one semester at Parsons School of Design. 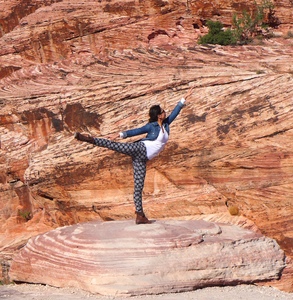 JOY by Barbara Kantz
(click on image for larger view) 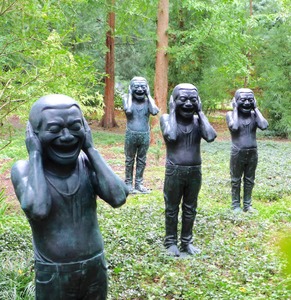 THE HORROR by Barbara Kantz
(click on image for larger view) 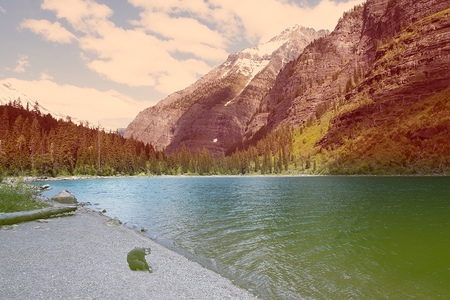 DIG by Bree Lamb
(click on image for larger view)

Bree Lamb: is a working artist and photographer based in New Mexico. She received her MFA in Photography from the University of New Mexico in 2015. She is a Beaumont Newhall/Van Deren Cole Fellow. Her work has been exhibited in the U.S., Europe, and Asia, and she is represented by Gallery 19 in Chicago. Bree is Assistant Editor at Fraction Magazine, and Project Manager for Rogue Press. She is an Adjunct Professor in Creative Media Technology at Dona Ana Community College in Las Cruces, New Mexico. Bree has previously worked for Wildenstein & Company, The Center for Photography at Woodstock, Fovea Exhibitions, and photo technique Magazine.

Bree says of her work, "The project, Echo, is still in its early stages and is still very much a work in progress. It is growing out of my interest in portraying shared human experiences and bridging temporal gaps. I am combining photographs of landscapes that I have taken with images of older family members. By merging photographs of specific family members at times before I was born with images of dramatic, seemingly timeless landscapes, I am exploring my own curiosities about genetic connections within a larger context of shared human experience.
www.breelamb.com 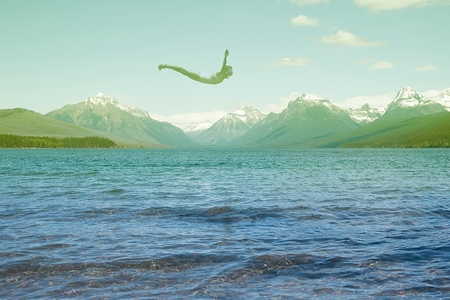 DIVE by Bree Lamb
(click on image for larger view) 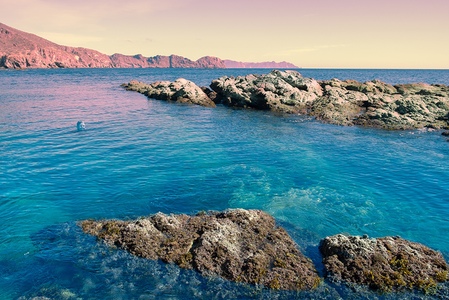 FLOAT by Bree Lamb
(click on image for larger view) 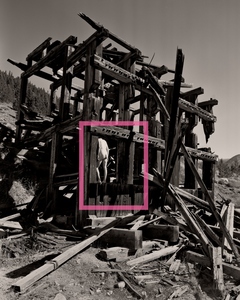 PRIX WEST/INDEPENDENCE MINE NO. 72 by Christa Blackwood
(click on image for larger view)

Christa Blackwood: For the last three years, Austin-based artist Christa Blackwood has taken her large-format, film-view cameras & models and has hit the road. Traveling around Texas, and across New Mexico, Colorado and Utah, her work stages the nude male body within the majesty of North America's gorgeous western landscape, and situates it in a genealogy of classical photographic studies of the human figure. All images from the Prix West series were shot with a 4x5 view camera on black and white sheet film, hand processed, printed as 11x14 silver prints and then scanned and printed as archival pigment prints at 32 x 40 inches, edition of 5.
www.christablackwood.com 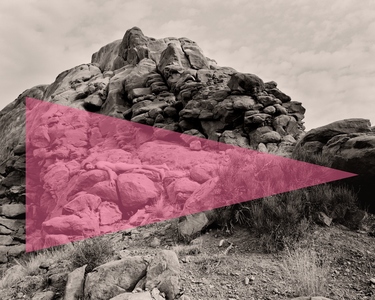 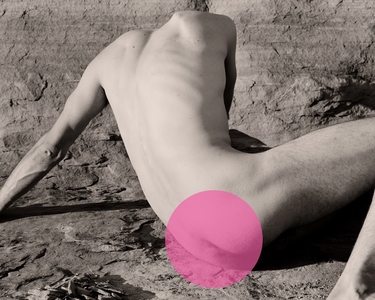 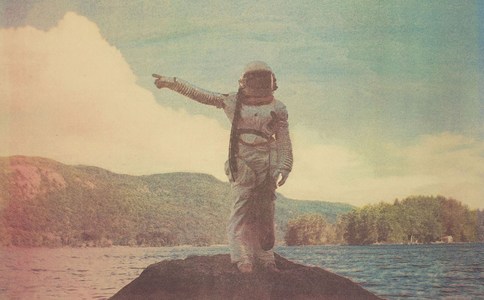 Christine Zuerch: In traveling to the dark outer reaches of our planet, there exists the drive to find out something new about ourselves and the vastness above us. Shortwave radio and Space Race technology of the 1950’s and 1960’s cultivated intensely individual and collective experiences. My research on shortwave radio & space travel as landmarks of exploration includes photographs, shortwave spy codes, a spacesuit, & a collection of the QSL cards that shortwave operators mail to one another. This research has influenced my need to ask questions and seek the unknown through travel and my own experiences. I am commenting on our cultural associations with communication & distance while challenging the ownership and definitions of space exploration. Photographs are portals between our subjective and objective nature, the real and unreal. This research is comprised of photography, audio, & sculpture & is presented under the guise of the “American Interterrestrial Society”, a fictitious organization that isarchiving this investigation.
www.christinezuercher.com 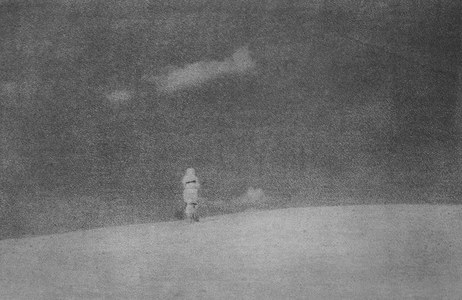 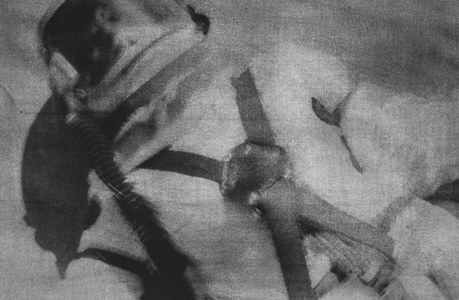 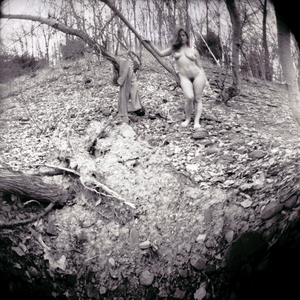 Dan McCormack:"I use the extreme wide angle distortions of the round oatmeal box pinhole camera and the subtle digital colorization’s of B&W negatives to create a series of  visceral images that probe the unconscious, stepping away from the literal reality. The juxtaposition of the model and  the site triggers a response that I react to while colorizing. The resulting images range from the absurd to the profound." 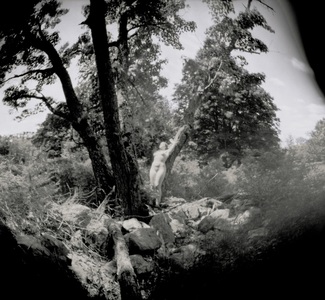 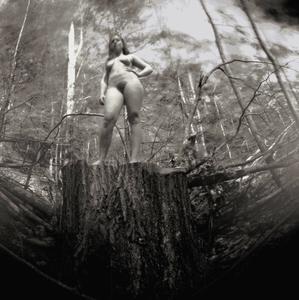 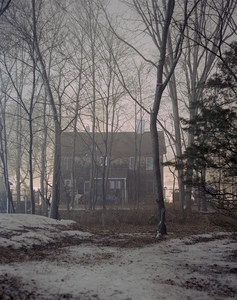 Dave Eckhart: "On my 21st birthday a letter from my Mom stated; “I remember the day you were born. Dad was so excited that he had a boy.  I was really excited too. I remember how quiet you were as a baby. I guess you were just observing everything. You were so shy that your little sister would speak up for you.You were always so creative. I think you drew better than me by the time you were eight." I always knew I wanted to do something where I could express my creativity. But it wasn’t ‘till high school when photography found me. I know a lot of photographers say,” I fell in love with photography when…” but I didn’t. I still remember when I got my first camera. It wasn’t a photographer’s cliché of “and ever since I have been in love with photography.” It took me about a decade after I got my first camera to realize that this is something I could imagine doing for the rest of my life, and another year after that to find that the love for photography had been slowly romancing me over the past few years. It was my tool for expression, a voice for a quiet child. Photography has become something I cannot be weaned off of. The addiction is much too strong. It is something I must partake in everyday.  Until the day I receive a letter, that I will never read, entitled: “Cease to Exist.”
www.daveeckhartphoto.com 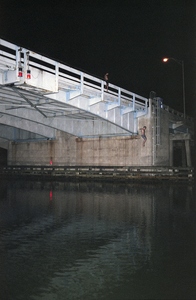 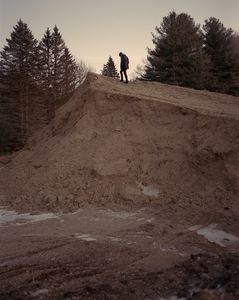 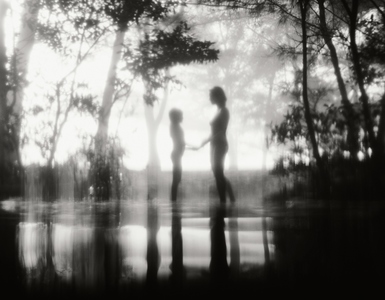 ROXANNE AND JANE-FT. DESOTO by Deb Schwedhelm
(click on image for larger view)

Deb Schwedhelm: "In this series, I am exploring a sense of place and belonging. Being in the military system, my family often lives in a world of uncertainty. Untethered, without an anchor. The sea acts as an allegory of our lives, shifting and moving with the tides -- forcing us to tread, swim and stay afloat through the changes. While I am photographing my children and friends, I am also photographing myself, moving in and out of focus, allowing the liquid world to illustrate my journey. The photographs in this series were made in the waters of Florida and Minnesota between 2012 and 2014. I plan to continue the project throughout my travels, while living in Japan. The photographs were captured digitally using with underwater housing. My prints are produced on museum quality fine art paper and are limited to editions of fifteen."

Born in Detroit, Michigan, Deb Schwedhelm was originally trained as Registered Nurse and subsequently spent 10 years employed as an Air Force Nurse. Although she has been passionate about photography since her early 20s, it wasn't until Deb left the military that she was finally able to pursue the medium as a full time career.

Deb is married to a Naval Explosive Ordnance Disposal Officer based in Zushi, Japan. She is the mother to three children, who are often the subjects of her photographs. 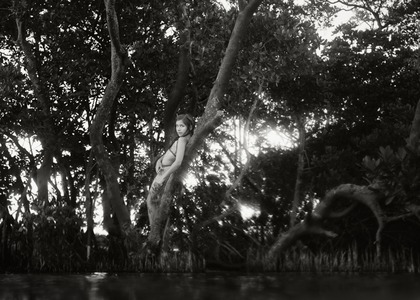 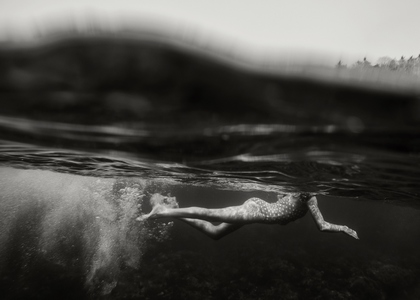 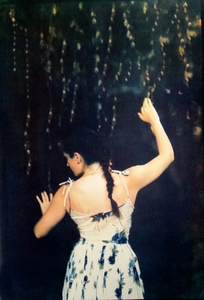 Diana Bloomfield: "Like many native Southerners, I am closely attuned to & completely enamored with the past. And photographs, for me, have always been about the past. Even when I photograph to make a statement about the present, or to comment on the future, the image itself-- the one I've just made simply by opening and closing a shutter-- is cemented in the past. These particular images, from an ongoing series I began 15 years ago, are of my now 28-year old daughter. An always intuitive and willing collaborator, she is the perfect photographic subject and - as ever- an inspiring muse. These images present as visual narratives; alone, or in combination, they have a story to tell. As metaphorical portraits, they suggest the essence of a person, rather than offer any literal interpretation. I like to think of these as visual vignettes that suggest half-remembered, fragmented dreams— or elusive memories. They borrow from the past, my ever-changing and skewed memories of that past, and fleeting moments in time. When I first began this series, I used lensless (pinhole) and toy cameras, because I love the movement, the fluidity, and the unpredictability inherent with these cameras. I feel I am at my creative best when that slight element of the unknown is a constant. For over 20 years, I have also printed in antique printing processes— for some of those same reasons.This figurative work, printed in the multi-layered gum bichromate process, exploits that sense of movement and fluidity and is also often rife with imperfection and unpredictability. This particular process offers me real creative freedom and seems to mesh well with my images, which remain wholly interpretive and suggestive in nature.
The repeated layerings (and the often slight mis-registrations of those layers) are meant to add a tonality and a saturated richness, yet each layer added also serves to remove all the hard, clearly defined edges and sharp clarity. A softness and ambiguity results-- much the way we see and remember.
www.dhbloomfield.com 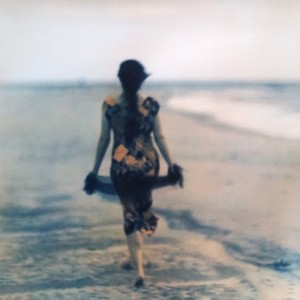 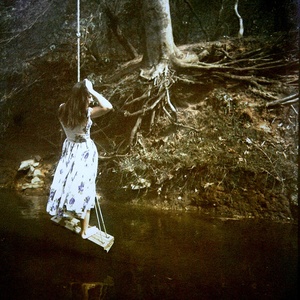 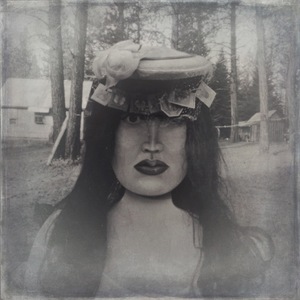 Diane Peterson: "I am a self taught American photographer with a unique style and unconventional take on selective subjects which is reflected in the creation of photographic arts using a variety of cameras, formats and lenses. Many of my favorite images are made using discarded candy tins or boxes reinvented to become simple pinhole cameras. Because I spent many years living in a very isolated area I decided to create my own "people" as subjects for my photography.  I have made dolls since I was eight years old, so this was a natural extension of this craft, though these "dolls/people are made of wood with handpainted faces attached in a way that allows me to change them up a bit."
www.thepinholequeen.com
www.dianemartinpeterson.com 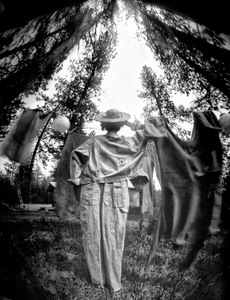 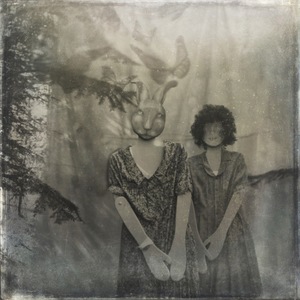 WINGS by Diane Peterson
(click on image for larger view)

All entrants images are shown in Exhibitons 1,2,3, and 4.