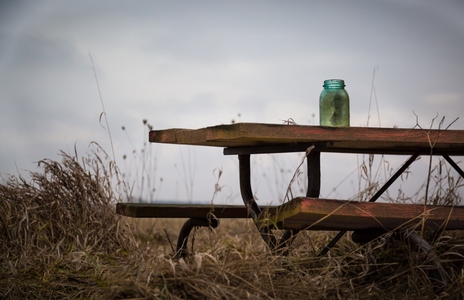 MARCIA MAHONEY: "I photograph places and things from which people walked away. I try to understand why they were rejected; why they were left behind.

I grew up in a small Michigan city, surrounded by Lake Michigan’s shore and wide-open farm country. Often left to myself, I explored the woods adjacent to our home. Toting a bag of books, I retreated into forts built with scavenged lumber and fictitious worlds where ugly ducklings were superheroes. With a drivers’ license, my horizons expanded and I searched the countryside for ordinary things whose appeal eclipsed the manicured perfection of my parents’ world. Country roads. Open fields. Forgotten places.

I made the pictures in my series, Walk Away Slowly, in places that resemble the back roads I explored as a child. While there are no people in the images, in each scene I felt a human presence or, perhaps, a human absence. Despite practical purpose and haunting beauty, someone had walked away. A favorite chair still sits on the porch of an abandoned home. An empty jar sits on an decaying picnic table. A crumbling barn emerges from the rain.  Reaching back to the fiction I read as I teen, in making these images I wove tales that explained why these things were left behind."
----------------------------------------------------------
Marcia Mahoney (b. Muskegon, Michigan 1959) is a visual storyteller. She came to photography in 2014 from a 20-year career as a trial lawyer, followed by a five-year stint as a community librarian. With that background, she makes pictures that tell the stories she sees and those she’s known – her own, and those she witnessed as a lawyer, librarian and reader.

Mahoney has received a number of awards for her work. In 2015, she won second place in the landscape category of Maine Media Workshop’s Creative Storytelling competition (John Paul Caponigro, juror.) Her image “Leaving it Behind,” which captured her feelings about leaving her legal practice, was awarded Honorable Mention in the juried show, “Our Travels,” held by Santa Fe Photography Workshops.

Mahoney gives back to her community, making photographs for Chicago Tech Academy, a contract school established by the City to increase the number of minority and low income students that pursue science, technology, engineering, and math in college and careers. She also serves as Treasurer of Chicago's Filter Photo.

Mahoney lives in Chicago, Illinois and Sandpoint, Idaho. Her work can be seen on her website, www.marciamahoney.com 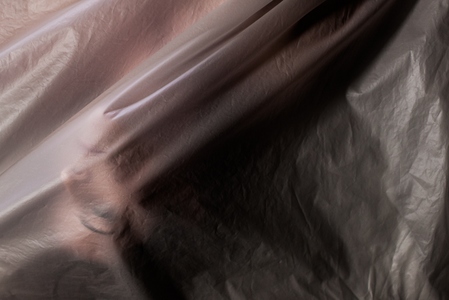 UNTITLED 4 by Gina Cholick
(Click on image for larger view)

GINA CHOLICK: "My work explores the liminal spaces where time, memory, and recognition slow down and allow for contemplative communication. In photographing what is familiar, people and spaces I know best, I seek to find more intimacy with the world I inhabit. I am drawn to sensual non-specific imagery, where light often becomes the subject, and daily observations of shifting shadows create a mood and connection with the intangible. I photograph spaces that allow for vulnerability—beds and bedrooms that reference ideas of sleep and dreaming; and I photograph nudes that allow for a pure connection to the unguarded self. As a photographer, I am not looking for what is in front of me, I am seeking to understand and communicate the unseen."
---------------------------------------------------------------
Gina Cholick grew up in the countryside of South Dakota. After taking a summer photography class as a teen, she converted her father’s bathroom into a darkroom. Her fascination hasn’t left her and she’s been creating work ever since. Currently she lives in Los Angeles and works as a commercial and fine art photographer.

Gina has participated in group shows at Los Angeles Center of Photography, The Robert Berman Gallery, Broadway Art Space in Santa Monica and Krowswork Gallery in Oakland. In 2013, she was the Grand Prize winner for Emerging Focus and her work was shown as a part of PhotoLA. 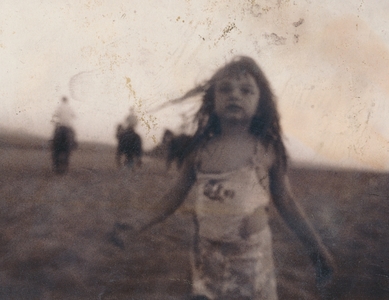 PAULA RAE GIBSON: "Originally from the UK, I am self-taught using the camera to capture all the feelings that come up in me along the way. My camera has saved me turning it on myself when I'm overwhelmed by life, as if it inself helps me purge, and comprehend. I wish to inspire others to feel deeply, look at their own lives and trust that feeling our way through whatever we go through takes us to a better place as opposed to turning numb which can happen easily. I explore the themes of death, what beauty really is and melancholy mostly and I like my work to carry the look of the past and the generations that are inside us."
------------------------------------------------------
Gibson was a 2015 a finalist for the Julia Margaret Cameron Woman's Photography Prize, (fine art category, and portrait and childrens portrait.)

In 2016 PRG's image 'LATE HUSBAND' was selected by Roger Ballen as a Melbourne Photo Award finalist 2016
PRG  is working on a new photography book with Eyemazing Editions which will be published in 2016.