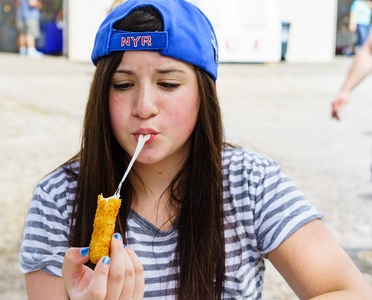 CHEESY by Andrea Waxler
(click on image for larger view)

Andrea Waxler says of her work, 'Suburban Education', "We were eating strawberries when I asked Mia, the precocious four year old, where strawberries came from.  She sighed, rolled her eyes as though I was quite ignorant, and said “the grocery store, of course!”

That was the catalyst for my mission to ensure all of our suburban children would have an outdoor, rural New England education. Camping and hiking, visiting local farms and county fairs all became part of the curriculum.  Name that tree, that bird.  Pick up frogs.  And strawberries.

The images in this series represent the exploration and discovery of children who are normally glued to the screen, but don’t know how to identify a birch tree.  Or who have never been to a true local county fair where the 4H kids are showing their sheep and chickens.  Their curiosity and joy is apparent and palpable."
----------------------------------------------------
Ms. Waxler started her career in the areas of painting, sculpting and pottery. She was the founder and Director of the Art Studio at New Hampshire College in Manchester, New Hampshire.

Graduating from University of Pittsburgh with a BA in Fine Art, interest in photography led to coursework at New Hampshire Institute of Art and New England School of Photography. Additional coursework has been completed at the Griffin Museum of Photography and the School for The Digital Arts.

Waxler's works have been shown, awarded and sold at multiple juried gallery exhibits including the Photographic Resource Center at Boston University, The Griffin Museum of Photography, PhotoPlace Gallery, LA Curator Gallery, The Cape Cod Art Association, The Darkroom Gallery, The Moose Hill Gallery, Gallery25N and the Plymouth Center for the Arts. She is a Russell Gallery Juried Artist (the gallery is located in Plymouth, MA) an Exhibiting Member of the Vermont Center for Photography in Brattleboro, VT and a Juried Member of the New Hampshire Art Association.

She was presented with the prestigious, International 10th Annual Black and White Spider Awards Nominee for three of her images.

Additionally, her photos have been published in both print and online media in magazines such as "Chronicle of the Horse" and “Smokey Blue Mountain Literary and Arts Magazine”.
Her work embraces a visual esthetic that demonstrates energy and intensity, organic, abstract shapes and vibrant colors with a twist of humor and mystery. 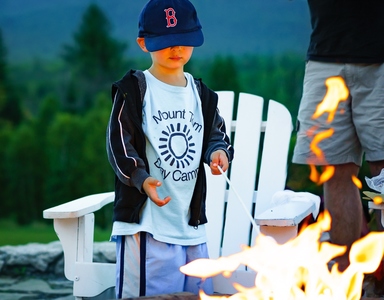 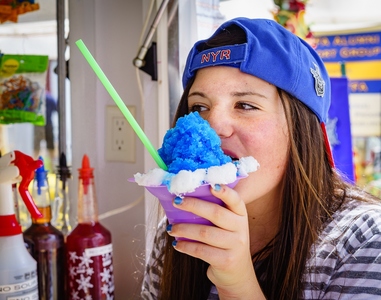 THE BLUES by Andrea Waxler
(click on image for larger view) 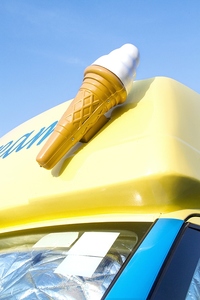 Emily Alexander says of her work, "My work comes from the place where memory, imagination and reality intersect. A lot of my work is process based. I create imagery or installations specific for my photographs without the use of the use of digital manipulation. I specialize in large format and film photography."

Emily Alexander was born and raised in California and attended school in San Francisco to study photography. After graduation, she made a cross country trip to live in New England and, now, she lives and works in Germany. 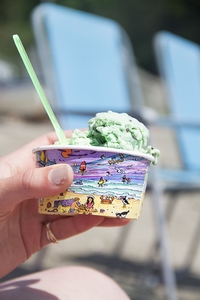 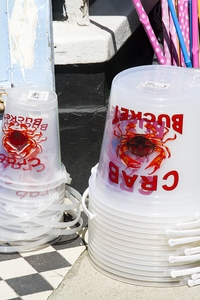 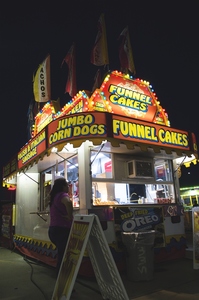 Epiphany Knedler says of her work "I always approach my work with a sense of documentation and curiosity. I like to view my subjects, whether they be buildings or people, as entities with a narrative to tell. I attempt to capture what is evident through symbols and juxtaposition of objects. With my background in politics and government, I am strongly drawn to bringing light to social justice issues. With this exhibition’s emphasis on summer fun, I hope to show that any person of any social or economic background can find relaxation and fun."

Epiphany Knedler was born and raised in the Midwest. She is currently an undergraduate student at the University of South Dakota double-majoring in Political Science and Fine Arts with an emphasis in photography and a minor in Art History. Her photographs often reflect aspects of the Midwest including their strong values and relaxed nature. She focuses on her composition and structure, often using architecture, symbols, and people to create the narrative. She is currently continuing her work in a series entitled Inequality through the Lens, which focuses on economic inequality in the United States. 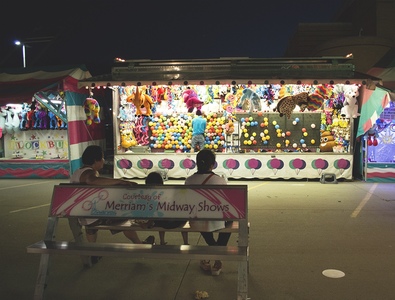 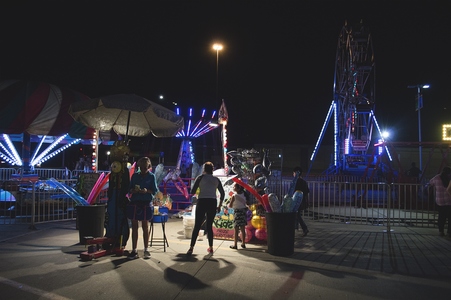 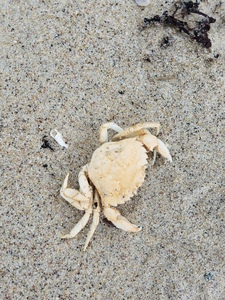 CRAB by Gale Jean
(click on image for larger view)

Gale Jean has had a lifelong love of photography but hadn't the time to devote to it. She took the occasional snapshot but chores would call her away quickly. She spent most of her life as a mother raising 4 children. Now with her children grown, she has found the time and is devoted to making up for lost time. She is drawn to her surroundings which include her life with her 2 dogs near the beach in Long Beach, New York. 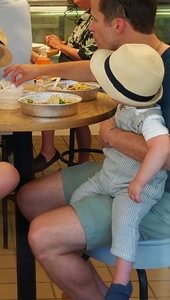 EATING OUT by Gale Jean
(click on image for larger view) 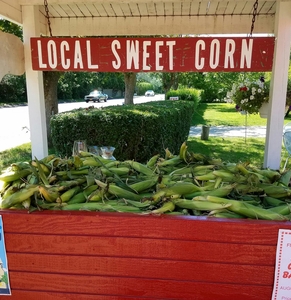 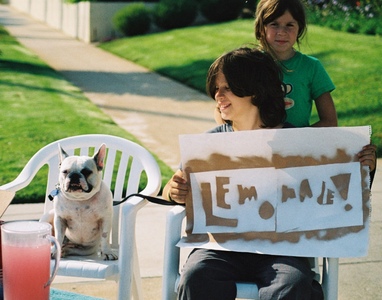 First Place winner: Mara Zaslove
When she looks through her camera, Mara is drawn towards a composition that tells a story. Her focus is on a variety of motifs and she often relies on natural light to reflect an array of patterns and relationships.

Ms. Zaslove grew up in a family that embraced the arts. She found that this early exposure permeates her sense of balance and style. Primarily self-taught, she has enjoyed being exposed to a spectrum of art and learning. Her ardor for photography has allowed her to express herself in a visual conversation.

Photography has ignited a passion that has interwoven Mara's view of the world with her life experiences. The outcome results in an unfolding documentation of the world in which we live.

Her work has been shown in galleries both in the United States and Abroad.

More information on her photography can be seen on her website at www.marazaslove.com 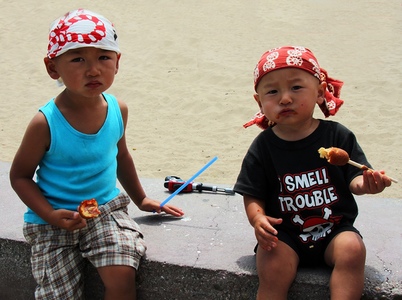 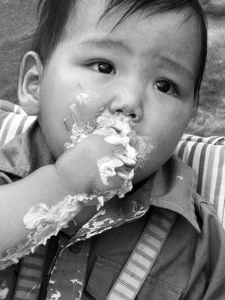 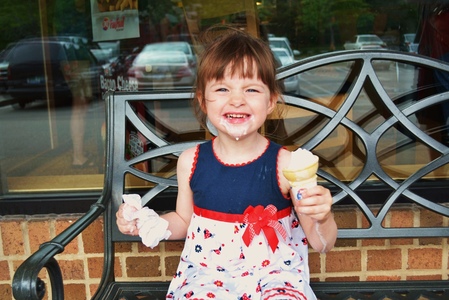 Marta Manning was born in Poland, and balances her artistic endeavors with a career as a research and development chemist in the petroleum industry. Marta has received B.S. and Ph.D. degrees in Chemistry from Rensselaer Polytechnic Institute. She has also been working as a freelance photographer since high school, and has completed photo assignments ranging from event and portrait commissions to visual documentation of scientific meetings.

Marta is a member of the Midland Artists Guild, based in Midland, Michigan. In addition to various individual shows at private local venues in collaboration with the Guild, Marta has exhibited in several juried group shows, including at the Charles Sumner School Museum in Washington, DC, the Darkroom Gallery in Essex Junction, VT, and the Quinebaug Valley Council for the Arts and Humanities in Southbridge, MA.

Much of Marta’s work involves film and alternative processes, which she combines to create a specific mood in her photos. The art is enmeshed with introspective and psychoanalytical components, which allow Marta to explore issues such as traumatic memories, dreams and fantasies, family history, mental illness, and addiction in her work. Marta’s photography invites the viewer to look below the surface, using carefully directed lighting and symbolism to set the tone. 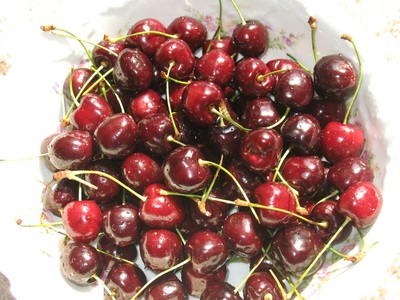 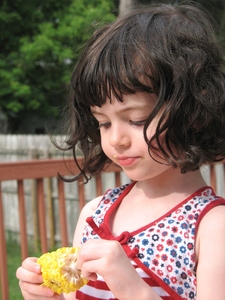 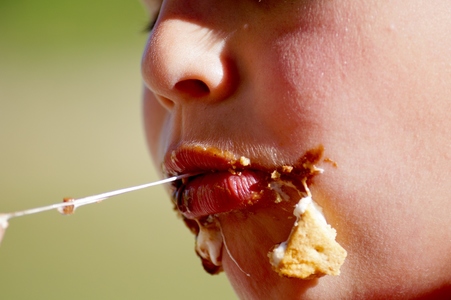 Matt Hostelley says of his work, "I consider myself to be a photorealist whose composition and style has modernist tendencies.  My work focuses on compositions that flatten space in an effort to create intriguing abstraction. Through photography, I attempt to subvert the generic, formulaic and insincere elements that are pervasive in popular art.  My images are an exploration of a reality that challenges prevailing sentiments about culture.  My reality is captured in artistic presentations of subject matter that contains elements that are often objectionable, overlooked, and dramatic. I present imagery that encourages the viewer to look beyond the obvious and sense the subtle; to sense what is there or not there.

Hostelley has shown his work in the following show:

Hostelley has placed in the following competitions: 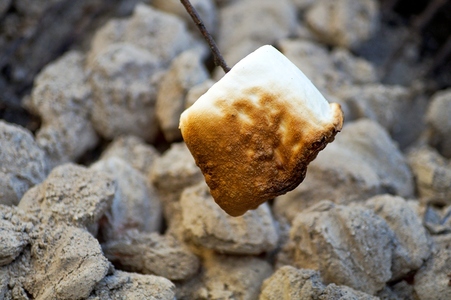 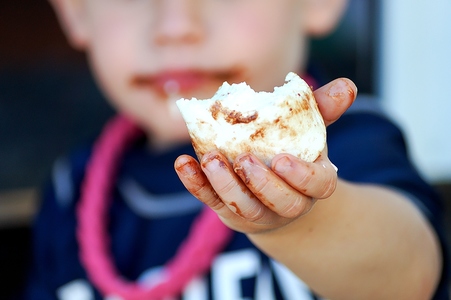 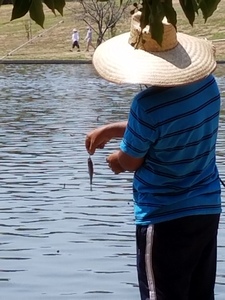 ONE FISH by Norma Delgado
(click on image for larger view)

Norma Delgado says of her work, " I love catching the little things in life that may seem inconsequential. Raised in Albuquerque, New Mexico, I majored in American History in college but was influenced by my father who painted. Living in Los Angeles now, I'm exploring painting as well as photography." 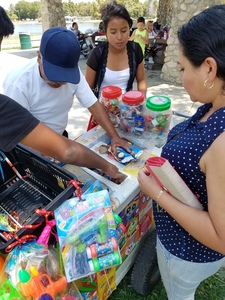 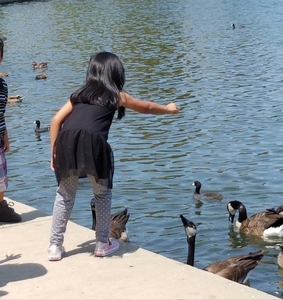 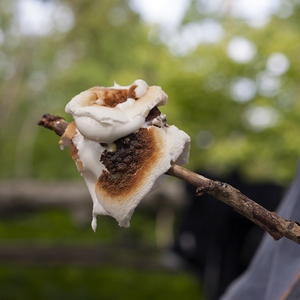 MARSHMALLOW #1 by Paul Matzner
(click on image for larger view)

Paul Matzner says of his work, "My passion is to make images of people just being themselves, relating to each other or their environment. A writer once called Henri Cartier-Bresson’s work “the poetry of human encounters on the street.” That’s a beautiful description that serves as my inspiration. Life is full of discovery and I try to make that happen with my camera.

Father, husband, dog owner, photographer, music lover, ... I grew up and have lived in the greater Milwaukee, Wisconsin area all my life. Travels though have taken me to New Zealand, Fiji, Ecuador, most of western Europe, the Dominican Republic and 48 states of the USA. Music and photography have been lifelong passions ever since taking classical piano lessons from 2nd-7th grade, and getting a Kodak Brownie camera as a present when I was about 6.

On the Street Where You Live, PhotoPlace Gallery, Middlebury, VT (2015) 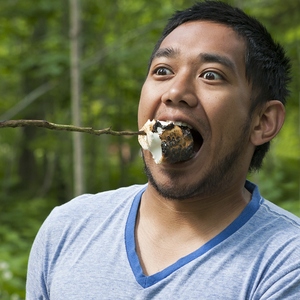 MARSHMALLOW #2 by Paul Matzner
(click on image for larger view) 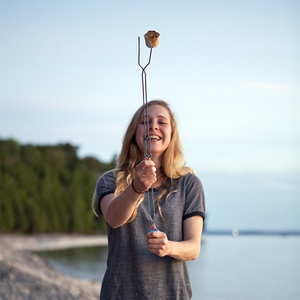 MARSHMALLOW #3 by Paul Matzner
(click on image for larger view)