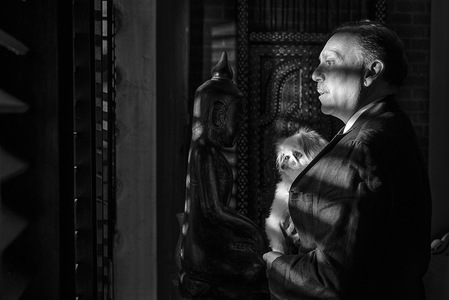 Review by curator SameSource:
"Of all the work submitted for this contest, nothing was less of a happy accident than Diana Lundin’s series, Dog Noir.

Anyone who has tried it will tell you that it’s no easy feat to work with animals when trying to create the precision of fine art photography.  Throw in models, elaborate costuming and set dressing, and very deliberate choices to create noir lighting, and you are presented with work that was conceived, planned, and executed in the best tradition of photography that required a true artistic vision."

Diana Lundin says, "As a Los Angeles pet photographer, I am continuously looking for unique ways to express our relationship with our companion animals. Dogs and cats are majestic on their own, being who they are, but for my series Dog Noir, I imagine them with their owners in a style that looks like it could have been plucked from a 1940s classic film noir movie.

By reimagining the play of shadows and light in a contemporary time, I am able to show the full diversity of Los Angeles denizens and their pets. Even the Dog Noir series has a cat and birds. In keeping with the theme, all of the images in the series have been planned… from the wardrobe of the owners, to the locations — many of which required locations fees — to the lighting and the post-processing. Grain was added to the black and white images to give it a film look of an earlier era.

All images were intentionally photographed with a Fujifilm X-T3 and Profoto lights."

She is a former reporter and website editor who began photographing dogs and cats in 2013. 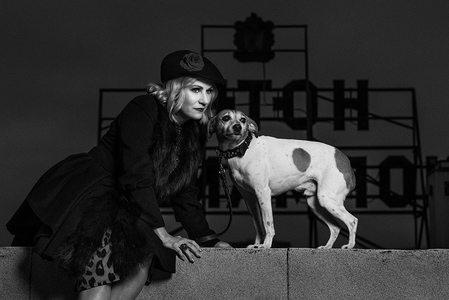 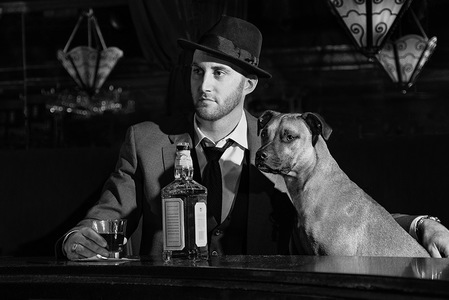